Vacancy is an ongoing web serial. Find out more about it and start reading or listening here.

So I’m finally back on track with the podcast. It took me so long to get this out for two reasons 1) I am a lazy fuck, but more so 2) this one was really hard to edit. I recorded the vocals for this way back on August 2nd, but couldn’t figure out how the heck to edit my own singing. If you read the episode, I utilize lyrics from Bonnie Tyler’s “Total Eclipse of the Heart” throughout the little karaoke scene, but I wrote this thing way before I ever thought I’d ever do an audio recording of it. When I did the recording, yes, I sang, and badly too! But here’s the problem: It wasn’t bad enough.

This is not some humble brag where I say “I sing so well I just can’t possibly sing off key!” Not at all, actually it’s almost the opposite! I don’t sing well, often off key, often with really weird inflections, and just in general my voice is kinda annoying (why am I doing a podcast again?), so the singing was bad, but it wasn’t bad in the way I intended it.

See, I imagined Lorelei singing so badly that it was funny, but this singing I was doing was just cringey. Like, it sounded very much like I was trying to sound good and failing as opposed to just singing really poorly. Does that make sense? Because Lorelei’s meant to be drunk and scared and fighting for her life, so the song should be over the top in every way, but I didn’t have that in me as an incredibly novice voice actress, so it just came out…really lame. I played around with reverb and other effects, but they just didn’t work.

The conclusion I came to was to just strip out the singing, play a karaoke version of the song in the background, and leave in a couple lines at the very end. I pray for your ears. Anyway, thanks for reading my whine, if you got this far, and have fun listening!

Vacancy Episode 1.15 uses these sounds from freesound, all of which have been remixed. The inclusion of any sound does not indicate endorsement of this completed work or its author: 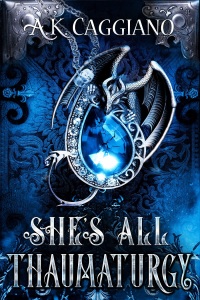