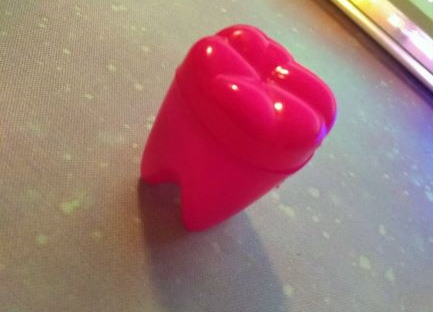 What a week! I’m down two teeth and up one mental breakdown, so I’m fairly certain those cancel each other out which makes sense because I’m largely still on track for NaNo and generally would use the word “fine” to describe how I’m feeling.

I’m sure for some people having one’s wisdom teeth removed is absolutely necessary, but the alignment of my masticators is fucking phenomenal. Like, the only symmetrical part of my face, really, is these damn teeth. Whoever was planning me out put aaaaaaalllllllll the pretty points into, like, teeth and maybe a couple into feet, and then just sort of shrugged at the rest. Seriously, if I didn’t have such an identifying tattoo I would absolutely have a foot-based Only Fans. Sorry, this is supposed to be about teeth.

So anyway a TERRIBLE dentist I had back when I was 19 or so convinced me that I needed my bottom wisdom teeth out and NOW because they were going to crowd the rest of them and ruin the only good thing my face had going on. I should have known he was a charlatan, he was the same dude (or it was his dad, also a dentist at that podunk practice in good ole New Lex) who told me “you’re giving yourself cancer” when he saw that I was stress-biting my inner lip. Because, ya know, that will definitely get me to chill out and stop.

Anyway, that fucking hack manually ripped those chompers out over the course of two appointments, each one taking almost two hours a piece which I was awake for in full, and after which he says, “Wow, yeah, I guess that should have been done surgically” in front of me. This guy and his dad were just the worst fucking people.

Almost a decade and a half later, and I had the jaw nubbin, and basically every dentist I’ve seen as an adult has been like “you should have your top wisdom teeth removed,” and honestly I have no idea why beyond the fact that that’s how they make money. Like, they say it’s because of future crowding or getting cavities, and maybe that’s true because I had a soft spot in one, but why do it if you don’t have to? The risk of infection alone seems dangerous enough, especially in your mouth, and there’s blood loss, and getting put under, and the mistakes that could be made by overworked staff who do this surgery all the time, and yadda yadda yadda…

All that being said, guess what: the teeth are now out! It’s one less thing to worry about provided none of that statistically improbable stuff happens. I went with the surgery option this time, and I wish I had a fun story about being super high and telling Husband some deep dark secret or telling the receptionist how beautiful she is or being baffled by the existence of my cats when I got home, but I have a pretty high tolerance to mind-altering things. Future kidnappers take note: I can walk just fine after anesthesia, remember absolutely everything as soon as I’m not getting a big dose anymore, and am actually bolstered by the fact that anesthesia made me NOT FEEL ANXIOUS FOR THE FIRST TIME IN MY GODDAMNED LIFE. So you’ll have to actually knock me out. Which is going to be hard what with my con of 20.

It was brief but magical, that lucid moment post surgery where I was just…there, and I wasn’t thinking about holding my hands weird, what I was going to have to say, if the place catches on fire which door do we go out, I wasn’t reminding myself of 100 undone chores or pending bills or how off schedule this whole thing was making me. None of that. My mouth was full of gauze, my vein was still hooked up to a plastic bag, I was surrounded by masked strangers, and all I could think was, “cool, that’s done, let’s go!”

Is that what people feel like all the time? Because, if so, if that’s you, you need to be grateful every fucking goddamned beautiful day.

As promised, I kept the teeth. (Body Horror thing coming up.)

I don’t actually know what I plan to do with them besides ask everyone who I see (via internet meeting) if they want to see them. And truthfully, that might be the best use of them. I also dropped one on Husband’s laptop already, and him freaking out was understandable, I felt bad, but it was also pretty funny, so thanks, teeth!

I have so many complaints about eating and medicine, but you can guess what those are. My biggest positive surprise, though, is how great I feel! I am healing like a fucking champ. Like, I forgot to take pain medication for hours because it’s just like…whatever? And I do mean to brag about this because I really need a win right now, so I’m gonna. I’m a fucking tank right now!